Although most parents are negative about computer games, which are so loved by children, more and more research shows that they are the key to acquiring a wealth of knowledge and skills. The basis of sound management of personal and family finances is the simple understanding that every resource is limited. Numerous video games are built on the same principle, making them especially useful for young children and teenagers who are just learning the basics of finance and economics. We offer some of them.

Sid Meyer’s “Civilization” series is the classic gameplay principle that teaches gamers economic and financial principles. In it, you start with a small group of settlers several thousand years before Christ, with the goal of developing a miniature village into a giant modern civilization. Dozens of resources are managed, own production is developed for some and trade for others, skills in diplomacy, negotiation and planning are required. Last but not least, “Civilization” will explain some basic principles in the development of mankind, and probably the most important is the relationship between economics, culture and science.

City Skylines is a video game that focuses on building a single city, but with many more options, solutions and depth than “Civilization”. Gamers are involved in urban planning, zoning, road construction, public services, traffic and public transport management, city budget allocation, population management, credit taking, healthcare and entertainment, etc. The big cities in the game realistically simulate over 1 million inhabitants, allowing the player to understand what the real problems and challenges are in managing such a complex project. One of the most important lessons in the game is that the inconvenience of the citizens has a real financial expression, which in turn is reflected in the form of a domino effect on the whole city.

EVE Online is the computer game that simulates the real world to the greatest extent. The system for extraction, trade and use of resources in EVE is exceptional, actually simulating the laws of supply and demand. This is a multiplayer game, ie. thousands of gamers play together, with the emphasis on large-scale collaboration and collaboration. Although now obsolete, EVE is a gaming experience that will bring you incredibly close to participating in a real corporate project. Suffice it to mention that this game regularly features the biggest battles between gamers. Probably the most spectacular is the 21-hour conflict of about 8,000 players, which resulted in the loss of virtually 330,000 worth of virtual spaceships built over the years. The two armies of 4,000 soldiers each had a strict hierarchy of real generals. commanders, divisions. 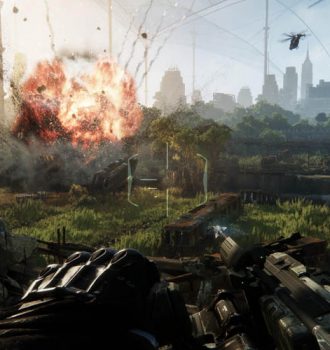 The Best Games of the Year 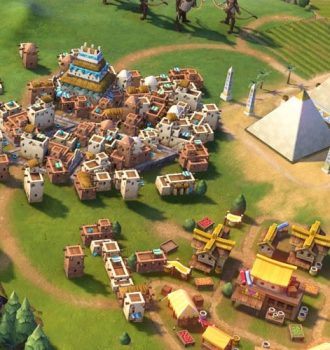