Home The Origins of Playing Cards

The Origins of Playing Cards 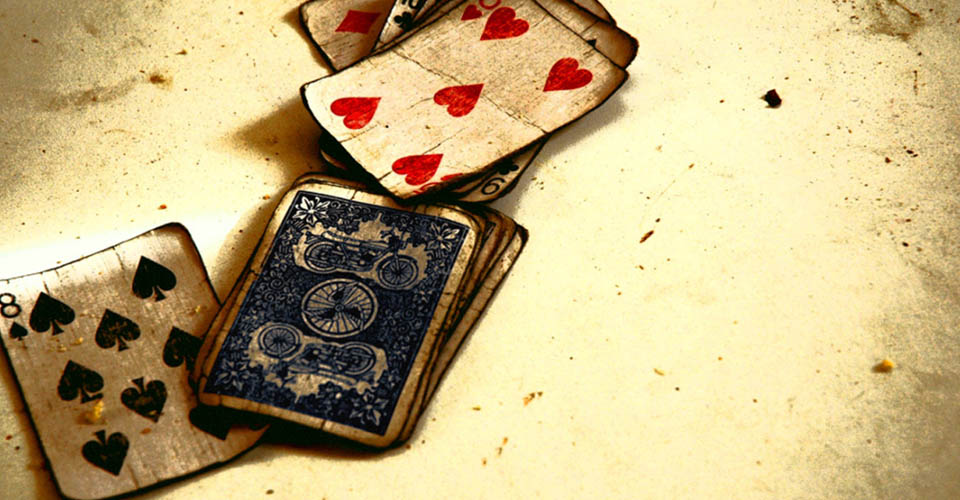 The origins of playing cards are lost in the mists of time; the first evidence dates back to the 10th century in China and India with ganjifa Some historians link the origin of cards to the birth of paper money precisely in the Asian continent, in this vision the means and the stakes of gambling merged into a single vehicle; other historians argue instead that the cards derive directly from the dominoes. We do not know exactly if the story of one of the two theses is true, but we certainly know that the Chinese term p’ai is used to describe both the cards and the tiles for the game of dominoes or mahjog, which binds closely together. the origin and history of both playful tools.

The Indian or Chinese traditions however passed through Persia until reaching the Middle Eastern coasts dominated by the Arabs who in the Middle Ages transformed the cards into a model that already became very similar to the contemporary one. Historically, the Mamluks who dominated the northern coasts of Africa at the time used a deck of about 52 cards divided into four suits for recreational purposes: clubs, diamonds, hearts, and spades. Each of which was made up of 13 cards of which ten numerals and three figures. The Mamluk cards, following the dictates of the Koran which forbade portraying people, reported only abstract drawings, but still had a caption with the name of the army officers.

History teaches us that although the 38th Council of Worcester (1240) is often cited as a demonstration of the existence of playing cards in England as early as the mid-twelfth century, it is very likely that the games mentioned are derived from chess while it is also probable that the cards began their diffusion in the old continent only from the fourteenth century with the intensification of trade with the Egyptian Mamluks. The first historical evidence of card games in Europe occurred in Italy and Spain from where they then spread, changing shape and adapting from region to region.

The Evolution of Playing Cards

During the fourteenth century the cards spread quickly throughout Europe, important historical testimonies are:

The oldest deck of cards dates back to 1430, it is called the “Stuttgart deck” and the cards that compose it depict hunting scenes. History on the European continent is different: the structure and appearance of playing cards vary greatly, starting with the introduction of designs that greatly simplified their use. Playing cards continue to evolve and change even if in no case the logic that regulates their structure is distorted.

During the 15th century the cards changed to represent European royal families and their vassals. Originally the figures were the “king”, the “knight”, “the vassal”; then the queen was introduced which in the German decks even replaced the king in the two most valuable suits.
In the first games, kings were considered the most valuable card without any exception, but as early as the end of the fifteenth century a special meaning began to be given to the nominally lower value card, which from this moment will be called ace.

Between the sixteenth and eighteenth centuries the first manuals that set the rules of the various card games began to appear. Starting in the 19th century, card value indications began to appear on the edges, to allow the player to keep the cards fanned out with one hand. The next innovation was to draw the figures in a symmetrical or “two-headed” way so as not to force the player to turn the card, giving an indication to the opponent of the cards they possessed.

The joker was a creation only for the Alsatian game of Euchre and spread together with poker, where however it is no longer used today. Despite the resemblance to the tarot madman there is no historical evidence of any correlation whatsoever.

Recent history tells us that the currently most popular card games are also the most recent. Poker was born in 1829 in the United States, Bridge developed between the end of the 19th century and the 1920s, baccarat in the first half of the 19th century, Canasta was invented in Montevideo during the Second World War and the forty scale began its spread from Hungary in the postwar period.

Some elements of modern cards, although not used, are noteworthy.

German and Austrian cards look different: usually the diamond cards are yellow or orange and the spades are green; this probably derives from their traditional seeds which remain in use in southern Germany and Austria.
The Italian decks are typically composed of 40 cards but there is an enormous number of stylistic variations typical of each region, which however can be inscribed in four large groups:

The sites for playing the various card games online have multiplied numerically, opening up to the older generations the possibility of getting closer to this reality and, vice versa, making these games known to the younger ones. Just as poker also burraco online has enjoyed a widespread diffusion in recent years becoming not only a sunshade game but a solid reality of circles and of sites that offer a version playable through internet.